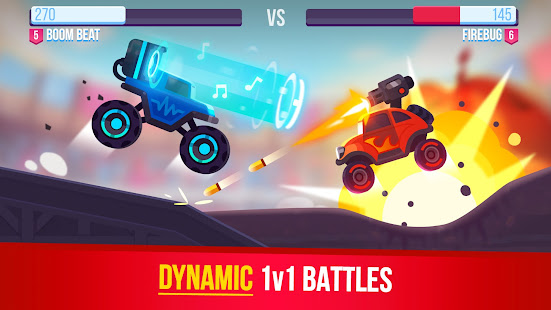 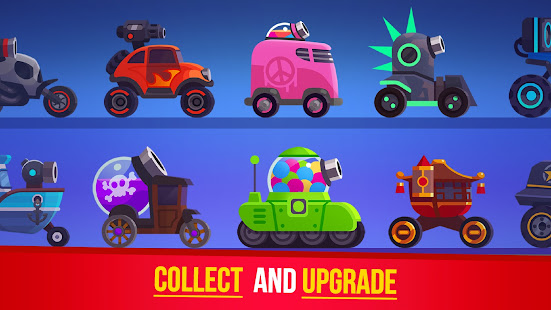 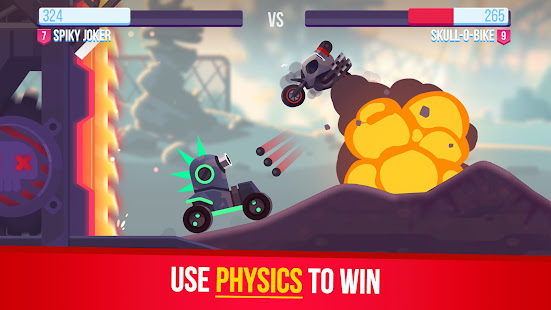 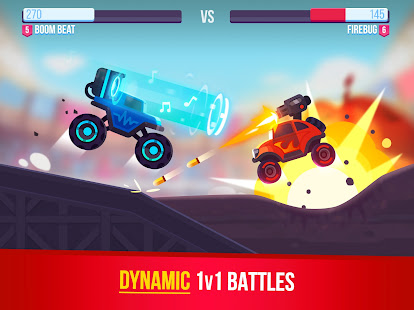 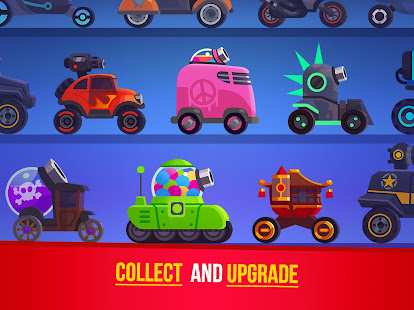 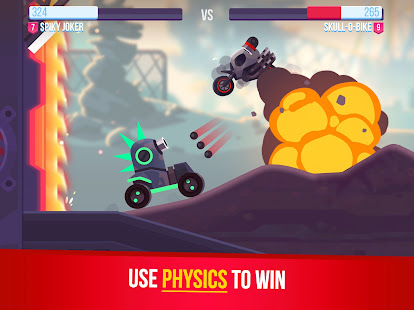 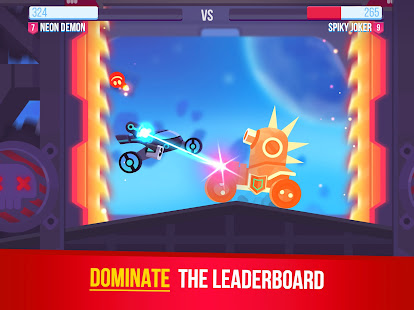 Take control of a powerful battle car and defeat enemies in mind-blowing arenas! Use physics to win and control the fight by jumping and shooting your opponents to death with various weapons!

CONTROL YOUR CAR
Control your battle car: choose the direction it moves, fires, and jumps, and also when and which weapon to use.

FUN PHYSICS
Jump to avoid bullets, rotate in the air, land behind your opponent, and strike them down!

DEADLY MACHINES
A dozen power machines to choose from. Lasers, bombs, miniguns, and shields – upgrade your ride with deadly weapons and destroy your opponent to win the fight!

RANKED LEAGUES
Compete in leaderboards to be on top and promote to higher leagues. Increase your rank to unlock new machines and rewards!

Are you ready to Rumble?!