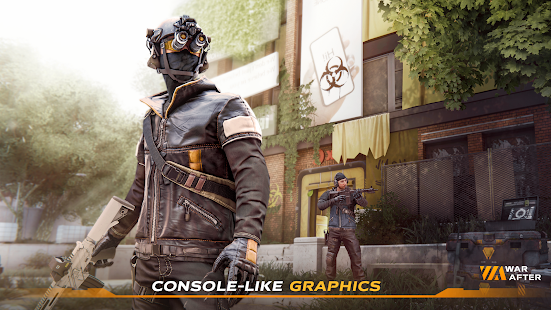 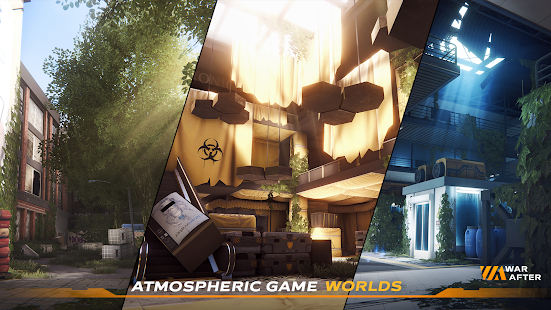 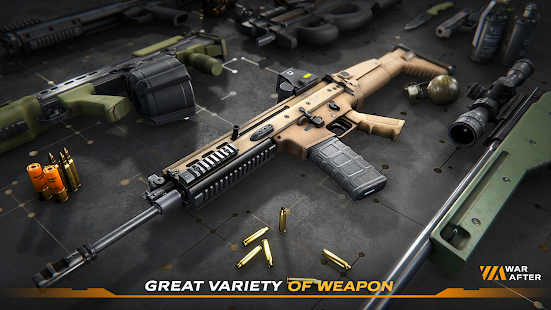 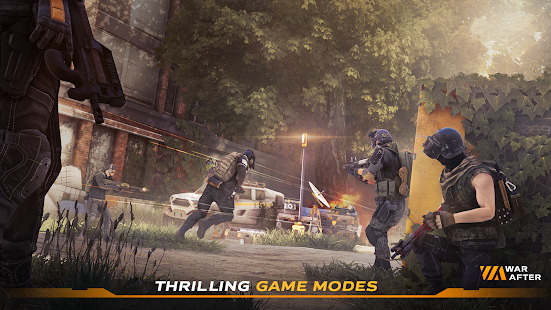 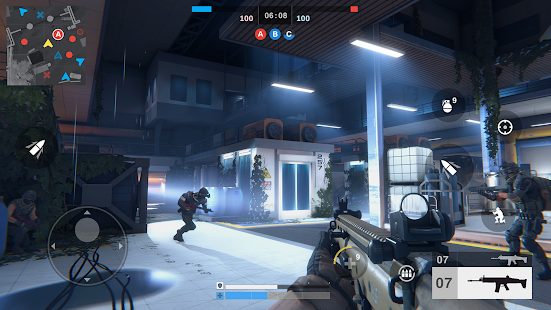 Description of War After: PvP Shooter

Immerse yourself in the new PvP shooter 2022 💣War After💣. Constant conflict between the nations and diminishing resources brought an end to the world as we knew it. Resources became scarce and several factions will stop at nothing to get what remains. Answer a call of duty and join one of the factions in a post-apocalyptic world of eternal confrontation. Fight on several fallout arenas, choose and upgrade weapons, fighters and gears to dominate the world and lead your division to victory. Rise your rank through battles to access better equipment!

Design unique appearance, choose your side and burst into exciting online PvP battles designed specifically for mobile devices! Fight and develop your tactics according to arena, your side, guns and style of war. Duty calls to dive into never ending action and strike your enemies with one of several dozens available guns!

War After crossfire action warface shooter is absolutely FREE to download and play!

🛰Online war
Warfare against players from all over the world. Become the world champion of this dynamic action shooter. Duty calls!

🔫Tons of weapons
Several dozens of deadly rifles to choose from. Pick the ones that suits your shooting tactics best. Crossfire with hand guns, SMG, assault rifles, sniper rifles, shotguns and even grenades. Each weapon type has several guns.

🤖Improve your skill and gear
The wargame offers dynamic gameplay in various maps designed for tactical warfare. Take part in exciting standoff with players from around the world and enjoy the intense action with dangerous opponents. Improve your combat skills during deadly warfare and collect resources to upgrade your guns and gear!

💻Stunning Graphics
Pleasant graphics, which will help you to immerse into atmosphere of shooting action: fully-featured 3d models of weapons, soldiers and spectacular visual effects!

🎮Easy Controls
Intuitive control and easy game UI will let you jump into warface battle straight away and master the tactical warfare! Embrace your duty!

🤼Advanced Matchmaking
All battles in the wargame are created automatically, just call your friends, tap “FIGHT” and start warfare. Teams will be picked up from around the world so you can start having fun and shooting fast!

⚔Tactical Crossfire
Develop your own standoff tactics and choose shooter weapons which suit it best! Climb to the high ground with the sniper rifle, prepare an ambush with shotgun or destroy everyone on your way with assault rifles!

🛠Customization
Customize any shooting guns and your clothes. Several type of appearances for each military rifle and each type of warfare clothes. Create your own combat style!

💣Control the world
The division with more war points during standoff wins. Change your wargame tactics depending on the situation. Control the world and don’t let enemies capture your territory. Answer the call of duty!

Perfectly drawn battlefield and military textures, beautiful visuals. We created a great FPS PvP wargame. Regular updates and new content are waiting for you in PvP shooter wargame of 2022.

Not sure what to play? Choose💣War After💣 PvP shooting action warface game

Note:
Dear users! We are constantly working on creating new content, improving the game, graphics and optimization! Please write to us if you find bugs or issues.